How Can You Protect Your Teen Driver from an Auto Accident? 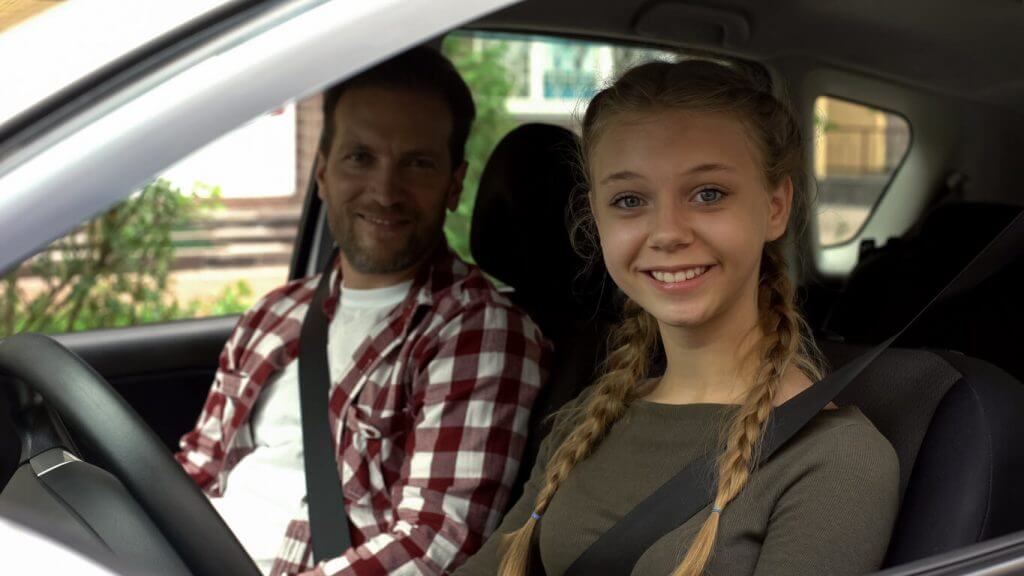 You never want to get a call from the police about your teen driver being in a serious (or fatal) auto accident. But what can you do to help prevent that?

On May 13, 2019, a teen driver’s Saturn was split in half when they lost control while driving on the East Freeway in Houston.

The driver was killed. But the driver’s brother was expected to survive.

…It’s the nightmare story every parent of a teen driver doesn’t want to hear.

In the case of this car wreck, the story doesn’t reveal the true cause. Police did conclude alcohol was not a factor.

Regardless of the causes, the story reminds you of the dangers of teens driving.

As a responsible parent, you want to know everything you can do to keep your teen safe.

And the good news is there is plenty you can do. Here’s some ideas:

Set Strict Boundaries and Consequences with Your Teen’s Help

You’ll get better cooperation out of your teen if you let them assist with this process. Let them suggest rules, while you put the stamp of approval on them.

For example, if they come home past curfew, then they lose their rights to the car for a week.

And if they protest, then you can remind them that they came up with the idea.

You may not get perfect cooperation out of your teen. But you will get a lot more buy-in (and safer driving) this way.

Of course, your teen won’t like this idea at first. But, you don’t have to turn it into a battle for control.

Instead, you can get an app, and then reward your teen for safe driving performance. For example, if they have no phone use while driving for a week, they get to go to their favorite fast food restaurant.

Apps monitor your teen’s driving in a number of ways, including:

You can choose from dozens of apps. Here’s six to begin to research.

Distracted driving is by far the leading cause of accidents for teen drivers. Going too fast for conditions and failing to anticipate driving hazards come in a ways behind. However, they’re still common factors.

The most common driving distractions are texting, talking to passengers, changing the radio, and applying makeup. Let your teen know you’d rather they pull over to do those things and be late coming home than get in a serious auto accident.

To help with weather conditions, you can practice driving in those conditions with your teen. Or if you think they just don’t get it, or don’t want to get it, then don’t let them drive in adverse weather.

Failure to anticipate hazards happens because teens don’t have the experience to scan the road for potential problems. Potholes, other cars rapidly swerving in and out of lanes, and pedestrians hidden from view before they enter crosswalks are potential hazards.

Drive with your teen in areas where they might encounter such hazards and educate them on potential hazards to look for…before they become actual hazards.

If you have a teen, or a pre-teen, the best thing you can do is to be the type of driver you want your teen to be.

So, be a safe driver yourself, and figure out which of these strategies will be most effective for your teen, and follow through!

How to Keep Your Teens Safe While Driving

How do you get a teen to acknowledge that they too can end up seriously injured, or even lose their life in a car accident, when they don’t drive responsibly?

An old joke goes, “I was surprised how little my dad knew when I was 14 and how much he learned when I turned 21.”

That about sums it up for teens, right?

In 2017, the fatal crash rate per mile driven for 16-19 year-olds was nearly 3 times the rate for drivers ages 20 and over, says the Insurance Institute for Highway Safety.

And teens certainly hear about these stats and certainly have awareness of the dangers of driving. Their high schools and driver’s education courses tell them multiple times.

So how do you get through to teens, who might already know everything, including that there’s absolutely no possible way they’ll be involved in a serious or fatal car accident?

Breaking through any person’s mental defenses is an arduous task. And frequently, it requires extremely painful experiences with exactly what you want to prevent before they understand.

If you’re a concerned (terrified?) parent, how can you get through to your teen and have a realistic chance of preventing their involvement in a potentially fatal car crash?

Don’t worry. You have plenty of opportunity:

Educate Them Years Before They Begin Driving

Every child, at some point, begins that serious struggle for independence. You go from the person they revere most to the king of all idiots. They’re sure you are the stupidest person in the world.

So, talk to your child about the dangers of driving and why it’s important to drive safe (and maybe a little of how to drive safe) when they’re younger, receptive to what you have to say, and actually willing to do it.

Those things can stay with them for years.

Do What You Want Your Kids To Do

Another old saying goes, “Children frequently fail to do what you say. But they never fail to imitate what you do.”

If you don’t want your teen using their phone while driving, don’t do it yourself. They’re constantly watching you, learning how to act.

Some want to play lawyer and nail you the minute you slip up. So, never fail to live up to the standards you set for your teen.

In marketing, there’s yet another saying that actually fully applies to teens, “Facts tell. Stories sell.”

Don’t blabber facts to your teen. They simply roll their eyes and say to themselves, ”Yeah it happens to 31% of all 16-18 year olds. But it won’t happen to me.”

Switch your approach up to personal stories shared by other teens who have been in horrible accidents.

For example, this YouTube video of Reggie Stephey profiles how he was drinking underage (he wasn’t anywhere near drunk), but crossed over into the other lane of oncoming traffic as a result of his drinking.

2 of the 5 people in the other vehicle he hit head-on died instantly. Jacqueline Saburido survived the crash, but with horrible burns. She is now severely and permanently disfigured. Reggie was fined $20,000 and sentenced to two 7-year terms in prison for intoxicated manslaughter:

YouTube’s loaded with videos like these. And real personal stories teach more than facts ever will.

For teens, it’s not so much a matter of teaching them how to stay safe. It’s getting them to accept and believe something really bad can happen to them if they don’t try to stay safe while driving.

And hopefully, one of these tactics will get through to your teen.

Who is Liable if Your Teen Causes a Car Accident?

How Can You Overcome Your Teen’s Objections to Wearing a Seatbelt?

How to Protect Your Vulnerable Occupants

How Can You Stay Safe When Driving Alone?