How the Eggshell Doctrine Helps You Win Fair Compensation 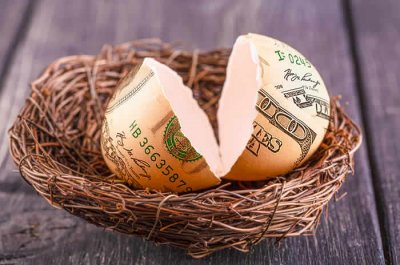 If you have a pre-existing condition and someone else injures you, under the eggshell doctrine, they are responsible if it’s made worse.

Have you ever heard of the “eggshell doctrine?”

Insurers know all about it. And they don’t like it because it’s a potent weapon in a personal injury lawyer’s arsenal that can be used to recover what’s really fair compensation.

Defendants must “take you as you are,” per the eggshell doctrine. They can’t say that you should have only experienced a certain injury like a typical person would, and then pay you damages only for that.

An Example of the Eggshell Doctrine at Work

For example, someone rear-ends you at a low speed. Not a big deal. Your seat-belt does its job. You don’t even need medical treatment as a result. Simply take care of the damages with the at-fault driver’s insurer, and go on with your life.

…But what if you have an aggravating condition such as brittle bone syndrome?

But, as its name suggests, it makes your bones quite weak. People who have it may break bones from something as simple as a routine trip or fall while walking around their home.

Unfortunately, it’s a genetic condition. And while doctors can help people live with it, they can’t cure it.

If you get rear-ended in a minor car wreck, but you break several bones as a result of this condition, the other driver is not off the hook.

They are still responsible for all of your injuries. And their insurer cannot deny you compensation because of pre-existing health conditions that perhaps most typically healthy people don’t have.

Where Does the Eggshell Doctrine Come From?

As with most law in the United States, the eggshell doctrine has its roots in England. Professors have traced it back to a 1901 decision in Dulieu v. White & Sons.

In that case, the defendants drove a pair of horses pulling a carriage into a pub. During the crash, a pregnant woman was working behind the bar of the pub. She did not suffer any physical injuries.

However, the crash shocked her emotionally. As a result, she had a premature birth, and her child was born with some form of mental retardation.

Despite the fact that the plaintiff only suffered shock, and no physical injuries, White & Sons were still required to pay her damages.

Defendants Are Always Responsible for Injuries They Cause You, Even If they Can’t Foresee Them

The injuries you suffer as a result of someone else’s negligence are always their responsibility.

It doesn’t matter if you have a rare condition that maybe only 10-15 other people in the world have.

If someone’s negligence causes you harm, you can hold them responsible for that harm. And they will have to pay for your resulting damages.

And as always, it’s a wise decision on your part to have the best personal injury lawyer you can find on your side.

Remember that you can afford to hire the very best lawyer because they only collect their fee when you win your personal injury claim.

Consultations Are Free So Talk To A Lawyer Today.

What Happens If You Don’t File A Police Report After Your Car Accident?

Should You Repair or Replace Your Vehicle After an Accident?

What If You Disagree With Insurance Company’s Offer To Settle Your Car Wreck?